How Do You Define Emotional Maturity? A Pursue Wholerness Article

Posted on November 1, 2012 by Steven Shomler

How Do You Define Emotional Maturity?

For others, this two-word phase sounds like blather or nonsense or psychobabble. (Psychobabble is such a fun word! Many thanks to Chelle for teaching it to me).

When I was in my early twenties I would have struggled to speak intelligently about this important concept. These days I consider Emotional Maturity to be one of the 7 Life Trajectory Factors that help you determine where your life is headed.     www.lifetrajectoryfactors.com     www.pursuewholerness.com

I hope that by the end of this article you will be able to begin defining for yourself what emotional maturity is.

Emotional Maturity – Something You Observe Over Time

Emotional Maturity is something that you often need observe over time to get an accurate picture of where someone is.

I teach that people generally spend the bulk of their time in one of four stages of emotional maturity—Child, Teenager, Young Adult, and Seasoned Adult.

Sometimes, particularly under stress, people regress. My wife Gayla tells me that when I am under certain kinds of stress, I become emotionally immature and I drop from the Seasoned Adult Stage to the Teenager or Child stage. I want to disagree with her, however my friend Kevin tells me the same thing.

If you want to increase your effectiveness, you need to pursue emotional maturity.

This effectiveness (or the lack thereof) applies especially in relationships. For example—husbands who generally dwell at a Child or Teenager stage of emotional maturity often have wives who do not feel cared for by them.

Husbands who have grown emotionally to the stage of Seasoned Adult, usually can do a better job of being effective at having their wives feel cared for by them.

You can become more emotionally mature. If you have people in you life telling you that you need to become healthier in regards to your emotions, they are probably right.

Are you in touch enough with your emotions to be able to accurately state how you feel when someone asks you? There was a time when I could not do that. Once I began working on my “emotions” I had to get a list of emotions and read it to even begin to know how I might feel.

If you want to become more emotionally mature I can recommend three different possible options for you to consider.

If you choose to journal, you will be amazed at how much you can learn from regularly putting pen to paper. For more on Journaling for Wholerness / Life Change see www.journalforwholerness.com and www.journal100pages.com

#2 See a Competent Professional Counselor. I myself saw a psychologist for more than three years in my early twenties to help me. During my time seeing Bryan (my counselor), we touched upon many things, including my emotions, or should I say my lack of emotions.

To be clear—I had emotions, everybody does, I was just not in touch with them. Find a counselor and have them read this article. They will be able to guide you from where you are now, to where you want to be.

#3 Learn about EQ, Also-Known-As, Emotional Intelligence. If you would like to start with with a more clinical or “head” approach to pursing Emotional Maturity, read a book on EQ. I can recommend three very good ones.

Daniel Goleman explains Emotional Intelligence in this You Tube Video.

For some of you, the fact the the word “emotion” is part of the phrase “emotional maturity,” is tripping you up. I have run into men and women who have told me that “emotions are simply not something they ‘do’.”

Usually when I hear this from someone, I have already figured out that when it comes to relating to emotions in a healthy fashion (be it their emotions or the emotions of others), they have a serious challenge. www.itleaksout.com 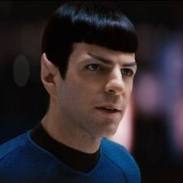 People Who Do Not “Do” Emotions

Most often there are one or two or even three reasons for this—(being Vulcan is not one of the three).

Reason #1—These people’s parents did not have a healthy relationship to their own emotions. They have then passed this story on to their kids. People live the story they know and at the same time people don’t know the story they live.

Of course, these people often do not see themselves as unhealthy when it comes to their emotions. They are living the story they know, and that story (“we don’t ‘do’ emotions”) was often tragically augmented and deepened by an allegedly Biblical (but unhealthy) sub-culture.

I have had people who were raised in conservative religious cultures tell me with a straight face that “they don’t do emotions” without even realizing how dysfunctional and unhealthy that is.

If that is you, I would highly encourage you to check out (i.e. read) these two books —

Feel—The Power of Listening to Your Heart; by Matthew Elliot,  www.faithfulfeelings.com and —

Feeling Like God—The Emotional Side of Discipleship and Why You Can’t Fully Follow Jesus Without It; by Chris Tiegreen.

You could also check out the following five articles written by; Marc Alan Schelske.
(FYI: These articles, like the two books recommended above, are great for people comfortable and familiar with the Christian faith and sub-culture).

Myth #2: Emotions Will Lead You Astray

Myth #5: Ignore Your Emotions and They Will Just Go Away

Back to the Three Reasons that People Do Not “Do” Emotions

Reason #3—They were abused as child. I do not use the word “abuse” here lightly. I am talking about real-life child abuse, be it mental, sexual, physical, verbal, emotional or neglect. www.wikipedia.org/wiki/Child_abuse

People who have been abused as children, especially people who were abused by their parents, often grow up having challenges with emotions. Often they are simply shut down emotionally.

As a child, I myself was intensely abused by my mother and one of the coping mechanisms I learned to use, to survive my childhood, was to be completely shut down emotionally. I even had a phrase I used to describe this mechanism—Don’t Talk, Don’t Trust, Don’t Feel. I entered my twenties both saying this phrase, and proud of the fact that it was how I survived my childhood. I would say “Don’t Talk, Don’t Trust, Don’t Feel” without fully realizing how incredibly unhealthy it was.

I know firsthand what it is like to not feel and and to not know what to do with these things called “emotions.” As I mentioned I spent three-plus years in counseling to specifically deal with both the abuse I went through as a child and to learn how to be begin being healthy when it came to my emotions.

If you need to learn how to “feel” and/or recover from childhood abuse, I know that you can. I know the road I have walked and with effort (lots of effort) you can make the same journey.

Pursue Emotional Maturity—The Payoff is Worth It!

The wholer I have gotten emotionally, the more I have been able to enjoy life. I highly encourage you to pursue emotional maturity. Pay the price needed; over time you will come to greatly appreciate the benefits that come with emotional maturity.

Peter Scazzero has written a wonderful book titled; Emotionally Healthy Spirituality. In that book he provides his stages of emotional maturity. I have found this list to be very helpful.

If you would like to easily share this article, it can be found at: www.defineemotionalmaturity.com as well as on www.stevenshomler.com.

I am Steven Shomler and I am pulling for you!  Go Live the Good Life!