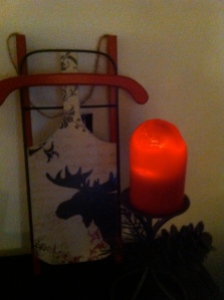 Departure is an amazing bar and restaurant that is here in Portland. Departure is located at the top of The Nines Hotel in downtown Portland OR. www.departureportland.com www.thenines.com

I went to Departure this past December (2010) and one of the dishes I had was Wok Fried Brussels Sprouts. They were soooo good.

When putting together my menu for our Christmas Feast (see the end of this post for the whole menu), I remembered those Brussel Sprouts and I decided to make them myself.

Now, I did not have a recipe from Departure, so I just put togther my own recipe. Here is what I did.

I took the Brussels Sprouts, cut off the stem end, cut them in half and kind of peeled them. When I got to the “core” I stopped peeling. I only used the bright green leaves. Once leaves got a pale green, I stopped peeling and moved onto the next one. My 10 yr. old daughter helped me with the “peeling,” and we had a blast!

Next – I toasted some sesame seeds I got from the bulk bin at the local super market (Winco) in a dry pan (no butter, no olive oil), a good size handful.

Then – I dry toasted some almond slivers (two handfuls) – also from the bulk bin.

I briefly sautéed the Brussels Sprouts in a pan with a little Olive oil, and once they were hot, I added a little soy sauce and the sesame seeds, I tossed the dish quickly and put it into my serving dish. I then  sprinkled the toasted almond slivers on top.

I encourage you to be prepared to make it twice before you get it right.

This dish is very easy, inexpensive and delicious!

As I was thinking abut the Brussels Sprouts and thinking about what other dishes might complement them and work with our overall menu, I thought of this wonderful salad my wife Gayla makes.

While preparing to write this post, I asked Gayla where she got the recipe for this wonderful salad. She told me that she got it from the her recipe box in the kitchen. I laughed and said, “No, i mean where did you get it initially- a magazine, a friend…?”

I was told that she got back when we lived in MN (2004-2007) from a friend of ours – Sally. Sally – thanks for sharing! Sally calls her recipe “Chinese Salad.” I have modified Sally’s recipe slightly and renamed it, however, at its core it is still very much Sally’s dish!

To make Sesame Soy Christmas Slaw you will need –

In a fry pan, melt the butter. Add the Top Ramen Noodles, the sesame seeds, and the slivered almonds. Once everything is browned, drain on a paper towel.

Make up the sauce. Mix the oil, the rice vinegar and the soy sauce together.

When you are within 20 minutes of serving, add the browned crunchy  ingredients and the sauce to the cabbage and onions. Toss and serve.

That’s it. This is a very, very tasty salad, great to take to a potluck. To do that you would take your bowl with he cabbage and onions and two closed containers with the crunchy bits in one, and the sauce in another, and mix all three together just before serving.

That’s it for now!